How Men write Women... Wake up to the Lies

I caught this image on a Facebook post (actually a Twitter picture), and it got me thinking that maybe some readers think I've done this, and maybe here is one reason why I'm getting poor ratings...

"Male authors trying to show a woman at rock bottom:" 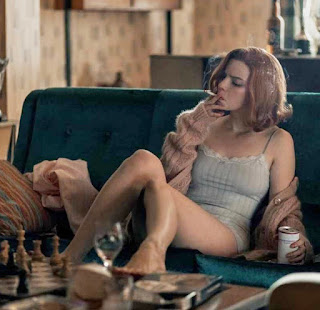 The main character is flawed, yes, but so are ALL the characters. There isn't one which doesn't have a problem. Are you perfect? If you think you are, then you ARE flawed.

And if a reader judged a writer like this without evidence... shows a lot about that person. People have problems, don't they.

And probably the biggest reason why this isn't true for myself... I orginally wrote the character as male and then swapped the gender and name in honour of one of the best English students I've ever had. So, I wasn't thinking 'female' when I started writing the book, so the 'flawed' character at the beginning of Gubacsi Dulu is actually a 'guy'...I changed the pronouns and then continued on, trying to write 'her' out of her flaws in a natural way. Reif's Return is the finale of her development.

Joseph Conrad is considered a racist by many, even though he suffered prejudice all his life and he was only trying to show the readers of his time the true reality of their immediate society in his lifetime, a racist society filled with institutional, systemic racism.

But hey! Don't listen to the writer. As a reader, you can only take from a book what you see inside it.

Humanity H2O. Spread the truth. Wake up to the lies.