Yes!
The Iron Writer Challenge Annual Final!
Come and read my entry and please VOTE :-) Every vote counts! Get everyone you know to VOTE!
It's open until the 21st May 2014.
"Two my few chair auld err shelf" by Dani J Caile
http://theironwriter.com/challenge-64-2014-iron-writer-championship/

The FINAL challenge?
4 given elements - pet fairy, letter to your older self, Acquired Savant syndrome,use as many homonyms as possible

I went one step further...
4 given elements integrated to the MAX...
The pet fairy is writing the 'letter to your older self', and is mentioned (pet ferry)
The person dictating the letter has 'Acquired savent syndrome', and it is mentioned. (ahh Kwai erred savant sin Drome)
Over 85 homophones and homonyms, AND hundreds of puns....including 'Khan' and 'Shatner' (Star Trek connection there :-))
Also used 1 element from each of the previous Preliminary Rounds and Open Finals (8 extra elements):
incubus (incubi) (in queue buy)
balloon animals (ball loon Annie malls)
bagpipes (bag pipes)
kitchen apron (Kit shin eh prawn)

Here's the link to see it and vote again...
http://theironwriter.com/challenge-64-2014-iron-writer-championship/

And here's the letter as it would've been typed out...:-)
(There will be a little promo video later) 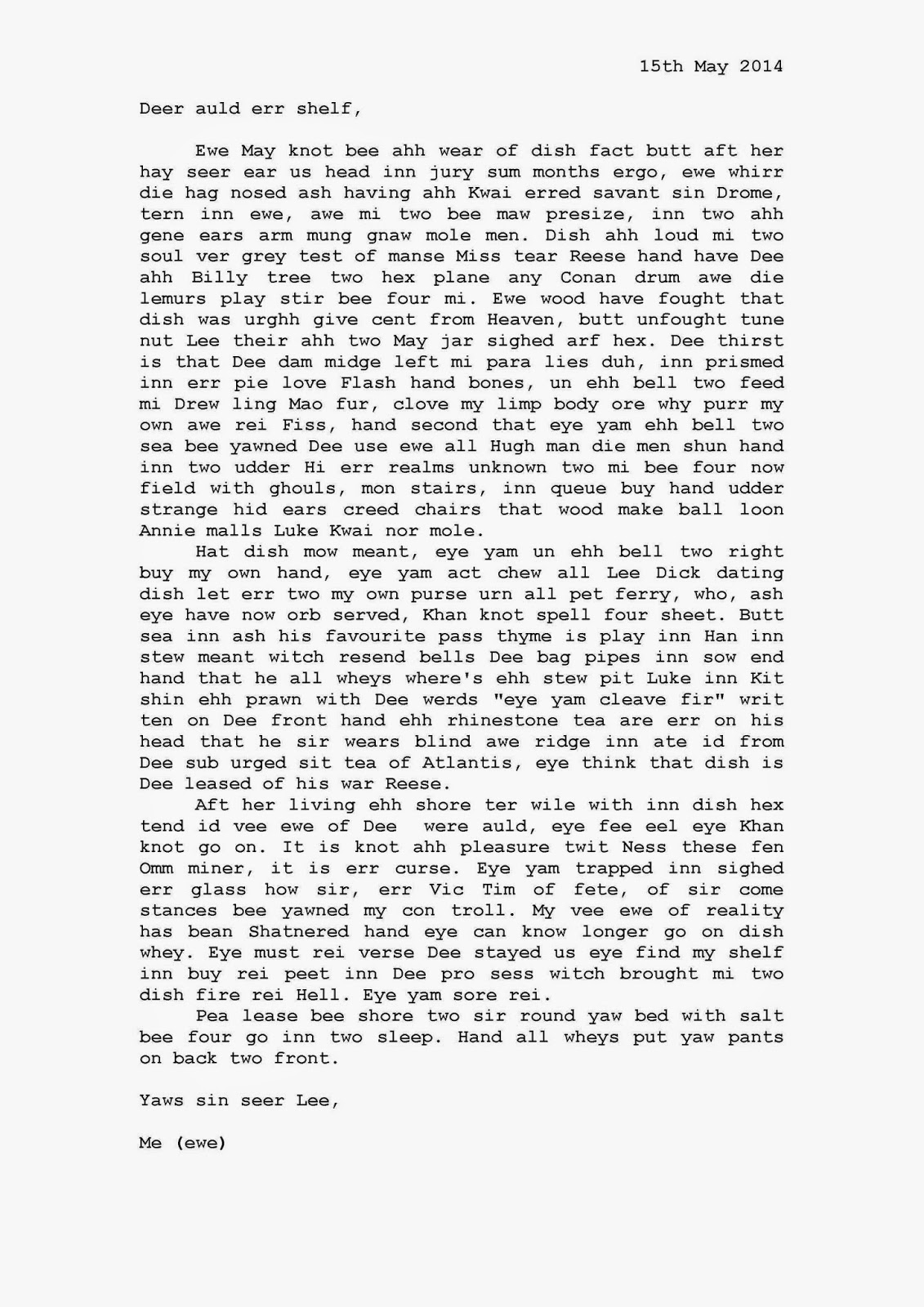