Slowly but surely... more KENP movement (THANK YOU WHOEVER YOU ARE)! ...and a few promises of sales coming up. There's some activity, finally.

A few readers - who also rated and reviewed Humanity H2O, sadly - found that series to be too intellectually demanding (too complicated and they also had to use their own imaginations). There were also some who found its content hit their prejudices, so...

This book is slightly less demanding. BUT it's still fun and entertaining to read, as my Beta readers have said. I wanted to write a soldier's 'romp' through the universe of the future and chose Bohatch from the Humanity H2O series because he's a nice guy! Simple, yes, but nice.

Here's the link for UTSOTS if you're thinking of buying it a or recommending it and supporting my work...(And maybe even pre-order the 2nd!) Humanity H2O is still out there, too! (The series needs 2 more reviews/ratings to hit 100! That would be a first for me... yeah, yeah, there are other sci-fi writers with 750+ reviews/ratings, but how many of them are [censored]) 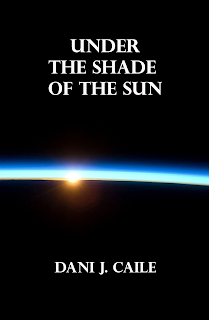