Yeah! Another of my freebies hits the 1000th download!
I wonder if anyone reads them... I never hear about it.
Now, let's see what was in DS4... oh yes! One of the best collections of shorts.
Challenges, Weekend Quickies, Grudge matches, Newsflashes, Facebook relay stories... now those were great to do, firing off comments to make a story! If I remember right, "The Duel of Procrastination" really hit the spot... here, read...

Mathew shuffled to the sound of leaves falling from the resting
trees as he hid behind a particularly thorny bramble bush, away from
the searching eyes of those present. His seemingly constant flow of
procrastination had finally placed him in a particularly prickly
situation and his suit of slightly rusting armour was no match for the
persistant spikey bush which had the ability to seek out the joining
hinges.
"Where is that Weaver?!" shouted an irate Dani. "He was meant to
be here three days ago! We're running out of peanut butter and jello
sandwiches!"
Jordan stood firm, clenching the case which held the two dueling
pistols.
"He's not coming, can't you see that?" Jordan dropped the pistols'
case and opened one of the six pack he'd brought along. "Fancy a
beer?"
"Nah, you never know, he might appear. I've gotta keep my wits
about me," said Dani, waving off the can once, twice, three times.
Jordan swung it his way once more and he took it and had a swig.
Mathew spotted his chance and ran out of the hedge, away from
the two drinking their beers. For armour, it was surprisingly light and
flexible and he sprinted across to the playground, towards safety and
a chance for a chip butty.
"Look! There he goes!" screamed Jordan, losing half his beer as he
pointed. Dani dropped his and grabbed the pistols' case.
"Give me that! Ahh!" The harder he tried to open the case, the less
chance it would.
"You've bent the hinges now! It'll never open!" Jordan caught the
case as Dani threw it away in disgust.
"No matter. I have one of these!" Dani took out a large can opener
and chased after Mathew. "I'll get that bugger if it's the last thing...!"
He tripped over a mole hill.
THE END.

Come and read all those little stories...
https://www.smashwords.com/books/view/529075 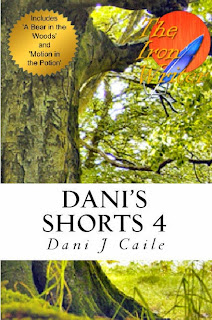