'Naval Aviation in Art'...I was sceptical of Zappa doing orchestral music, until I heard this on 'The Perfect Stranger'. I got into this part of Zappa's stuff, especially 'Francesco Zappa' - which I could play continuously - that album isn't Zappa's music, but uses the same instrument, the Synclavier. Using this machine, Zappa was able to get closer to the sound he wanted, rather than depend on educated snobs sawing wood and blowing through metal. 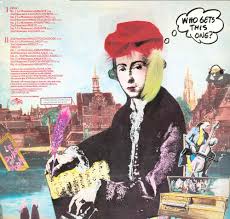